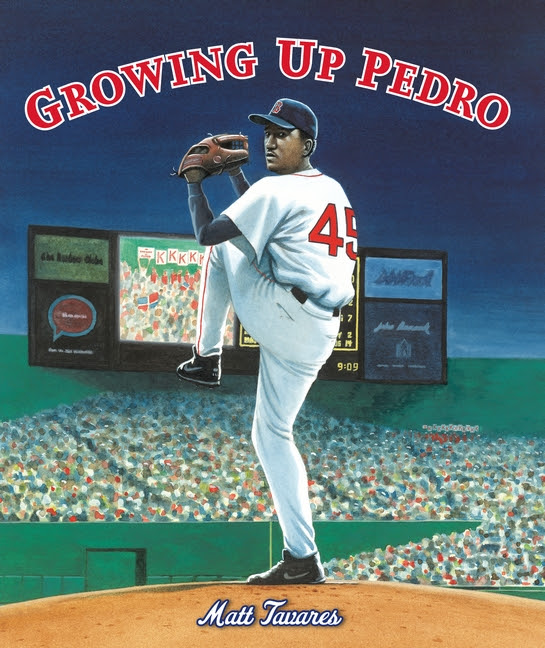 Pedro loves playing baseball.
He dreams that someday he and his brothers will play
together in the major leagues.

Pedro Martinez wanted to be just like his big brother Ramon. He dreamed that he would be signed by a major league team like his brother. Tagging along while Ramon attended the Dodgers' baseball academy, Pedro was noticed by a coach who encouraged him to continue working hard. Throughout this book, you see examples of Pedro showing determination in his career to overcome obstacles. After hearing his brother tell about his struggles with English, Pedro worked hard to improve his interviewing skills. He read road signs and learned new words daily. Pedro also overcame being underrated because of his small size.  His first major league manager didn't use him as a starter because he thought he was too small. It took a trade to the Montreal Expos to give him the chance to start. Pedro had such a good career that he will be inducted into the Baseball Hall of Fame this weekend.

One of the things that sets apart Growing Up Pedro from other sports picture book biographies is the focus on the relationship between Pedro and his brother Ramon. The support between the two siblings is a great teaching point for students. There's so much tearing down in this world that it's nice to see a story where two people build each other up. Our children have struggles each day to conquer. Reading about a success story such as Pedro Martinez will provide inspiration for them.