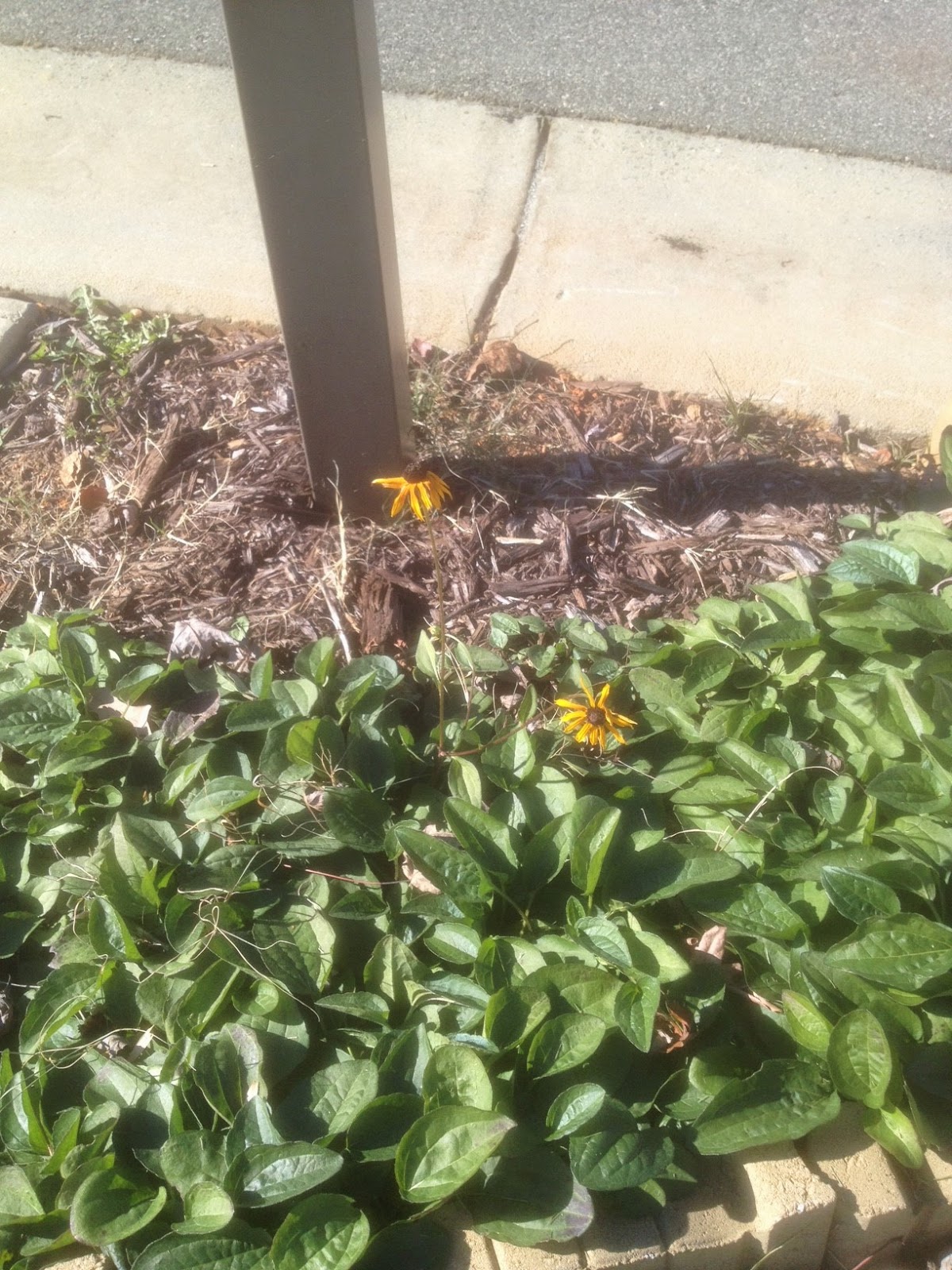 We forgot to set the alarm!
We're more than fashionably late.
We struggled through the ground,
And we're in a lonely state.

The ground was so warm.
We didn't want to leave.
Now the air is cold,
For summer we will grieve.

How long will we be here,
To hang by the last root?
We're hoping to catch a glimpse,
Of the fat guy in the red suit!

Posted by Jeff Barger at 4:01 PM No comments: 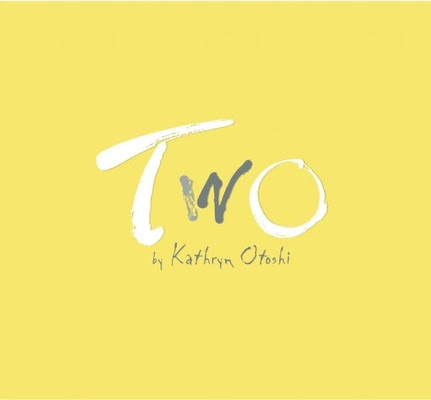 Two and One were best friends. Together they danced and sang. Their favorite saying was "One, Two, I'll count on you- t'il the end we'll be best friends."  All was well until Three enticed One to join the odd numbers and play a different way. Two asked to play, but Three refused, stating "We're playing Odds Only right now." Two was heartbroken. The Even numbers offered solace but also vowed to get even with the Odds. Five, Seven, and Nine took offense and fired retorts back at the Evens. Zero stayed on the sideline and wondered why it was necessary to have a number battle. She consoled Two and challenged her to think in a different way. Two took this advice and bravely addressed her peers. A happy ending with dancing ensued.

Kathryn Otoshi's trilogy of number books (Zero, One, Two) are extremely clever stories about celebrating differences, standing up to bullies, and treasuring friendship. These are issues that are at the heart of the elementary school experience. Students need to learn that working together is much better than being alone. Doesn't it take two to tango? I will end up buying this set of books and putting them on the shelf that is beside my desk. Those are the books that I use several times a year.
Posted by Jeff Barger at 7:00 PM 3 comments:

Tuesday Tucks Me In: The Loyal Bond Between a Soldier and His Service Dog 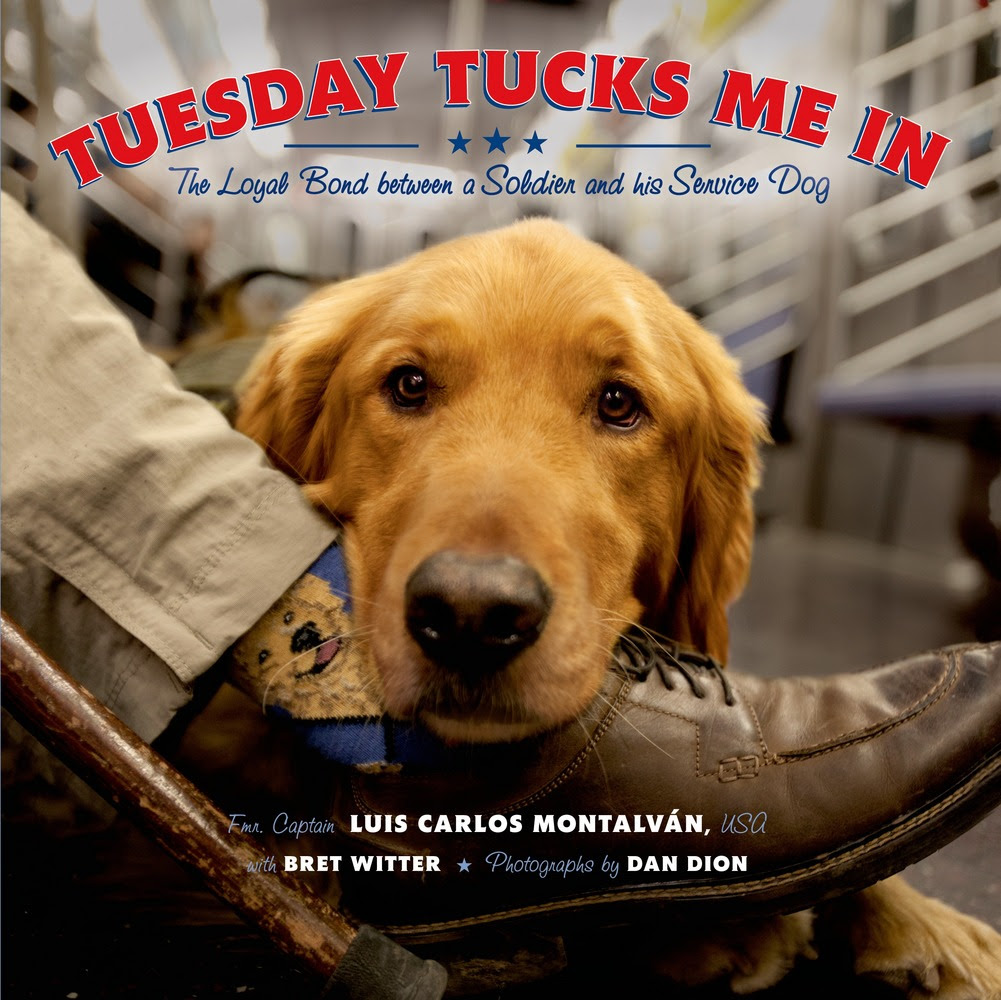 Look at that cover. How in the world was I going to pass this book up? Tuesday is a service dog for Luis Montalvan, a veteran of the Iraq War. The book is told from Tuesday's point of view. He helps Luis navigate through the day. Luis has been diagnosed with post-traumatic stress disorder (PTSD) and traumatic brain injury (TBI). Luis suffers from nightmares both day and night. Tuesday walks beside Luis to help him walk along the streets of Brooklyn. He helps calm Luis's nerves when there are a lot of people around. Walking down stairs is challenging for Luis as he has difficulty with his balance. Grabbing Tuesday's handle keeps him upright. It's a wonderful relationship between man and beast.

This is a compelling story, but the star of the book is the photographs. Children will love seeing Tuesday with a toothbrush in his mouth or attempting to slurp an ice cream cone. I like the attention this book will bring to service dogs. Before Tuesday Tucks Me In, my experience with service dogs in children's literature was through dry informational texts. This book will also allow young readers to begin to understand that war affects more than the body. Tuesday Tucks Me In celebrates the bond between a service dog and a veteran.
Posted by Jeff Barger at 8:58 PM No comments:

Florence was a newbie to her neighborhood. The best part of the move was that the house was located next to a zoo. When she waved out her window, a friendly panda waved back. The mood changed when a letter came from Florence's new teacher. Miss Brook seemed plenty friendly, but having to stand up and talk in front of her new class was not exciting to Florence. She wondered if she would make any friends. How to quell her fears? Write a letter to the friendly panda out her window. Of course! After exchanging letters, Flo and Panda met outside her door. Both friends liked climbing, swimming, and hide and seek. Hula hooping was not Panda's strong suit. With Panda in tow as her friend, Florence confided that she was very nervous about starting in her new school. Panda felt like he could help her make human friends and sure enough, panda power saves the day.

My student friends in kindergarten loved this book! It is adorable with a universal message about connecting with others. The illustrations are a big draw (pun intended) with this book. It would also make a great bedtime story. If you teach a unit on friendship, find Dear Panda and add it to your unit.
Posted by Jeff Barger at 9:17 PM No comments: One morning Pig noticed a squeaking sound coming from his nose. It continued to squeak throughout the day. Being a bright pig, he got a medical book and looked up Squeaky Nose Syndrome. With no mention of SNS, he squinted and looked down his snout. On the tip of his nose was a tiny squeaking bug. It was a friendly bug, so Pig tried to be accommodating. Riding a tandem bike was not much fun because Pig did all of the pedaling. Bug showed his appreciation for Pig's pedaling by baking a wee cake that Pig swallowed easily and without noticing the fine decorations by Bug. Pig and Bug wanted desperately to be friends, but their differences kept getting in the way. It wasn't until a fortuitous wind blew a newspaper into Pig's snout that these creatures great and small found a way to ignite their friendship despite the chasm of size.

Being a good friend is high on the issue list of elementary school students. Like adults, students tend to cloister together in like-minded groups. Books like Pig and Small can help students understand that they can be friends with anyone. Ideas like Mix It Up at Lunch Day can help in this endeavor as well.
Posted by Jeff Barger at 8:19 PM No comments: