Little Rock Girl 1957: How a Photograph Changed the Fight for Integration 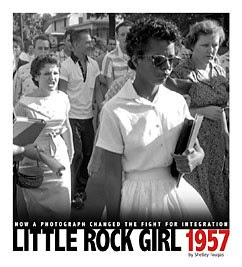 Journalism professor Will Counts cited the photographs he took in Little Rock, Arkansas as "evidence of the power of the image to communicate the news." Counts was a young photographer who had graduated from Little Rock Central High which had become the stage for a historic battle over the integration of schools in 1957. Nine students, the Little Rock Nine, were seeking to attend school at Little Rock Central High School. Standing in their way was a virulent crowd of white segregationists who were supported by the National Guard who had been called out by Arkansas governor Orval Faubus. The governor was determined to keep the school segregated. Photographer Counts captured the moment as fifteen year old Elizabeth Eckford attempted to enter the school. White student Hazel Bryan, described as a normally cheerful girl, screamed at Eckford from behind with racial epithets and told her to "go back to Africa." Eckford was unable to enter the school that day and had to be shielded by reporters to avoid possible violence. Photographs of the day made their way around the country and the world and helped lead President Eisenhower to send federal troops to protect the students and integrate the school.

Little Rock Girl 1957 provides a fascinating back story to the photograph that you see on the cover. Author Shelley Tougas provides several viewpoints on the effort to integrate the Little Rock schools. If you are teaching a unit on the Civil Rights movement, this book will be a valuable resource. You could also use it to teach the character trait of courage. I would think about contrasting this event with the experiences of other civil rights pioneers such as Claudette Colvin and Rosa Parks.