Welcome to what was NC Teacher Stuff. I started this blog in 2009 as a way to share helpful literacy links. What happened after that was an amazing journey. I'm moving on to devote time to writing my own books. If you have time, take a look around. I hope you love these books as much as I did. 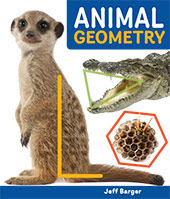 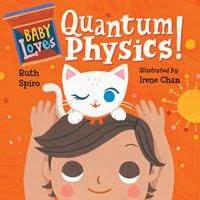 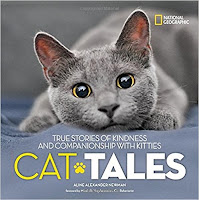 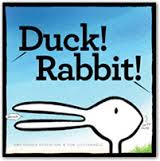 Email ThisBlogThis!Share to TwitterShare to FacebookShare to Pinterest
Labels: goodbye

This last book in the Anna Hibiscus series revolves around the passing of Grandfather and Anna's reaction to it. She knows that Grandfather is very sick, but if she goes inside to see him, she will have to face it head on. Staying outside, she can try to forget and leave her cares behind. Outside is a happy place. Inside is a worrying place. When Grandfather hears that she is laughing and running around, he smiles. Unfortunately, he leaves without Anna saying goodbye. The details in the heartbreaking scene, when Anna realizes it's too late, ring so true. That's one of the many strengths of this wonderful series. What follows is how Anna deals with the grief. Sometimes, it's very difficult and feelings get hurt. But with the help of her grandmother and memories of her grandfather, she learns quite a bit about life and herself and pulls her family together.

There are so many connections students will make with this book. Many have experienced the loss of a loved one. This would be a great mentor text for studying characters and how a character changes over time. It's amazing how rich and deep this book is emotionally and yet still accessible for young readers.

This is my last book post at NC Teacher Stuff. I purposefully chose this book because Anna Hibiscus has been my favorite over the last 8 plus years. I can't recommend this book series enough and this last book, in my opinion, is the best one. It's been my pleasure to share Anna and all of the over one thousand books that I have blogged about with you. Best wishes and happy reading!
Posted by Jeff Barger at 12:00 AM No comments:

Aliens Get the Sniffles Too!

Aliens Get the Sniffles Too!
written by Katy S. Duffield; illustrated by K.G. Campbell
2017 (Candlewick Press)
Source: Review copy provided by the publisher

And sick is extra-terrestrial bad when you have two throats, five ears, and three noses.

Poor Little Alien. He has an out of this world cold that has him producing supersonic sneezes. All of the symptoms are present (scratchy throat, runny nose, etc.). What do you do for a kid that has two throats, five ears, and three noses and all of them hurt? Well, start with a Milky Way milkshake for the throats. As for the ears, a drop of water and a pinch of stardust can help with that ailment. Three stuffy noses? A team of smaller aliens carrying plungers called the decongestants are called into action. This reminds me of using a snot sucker (see below) on my children when they were very young. That never goes well. Meanwhile, Little Alien's best friend, his 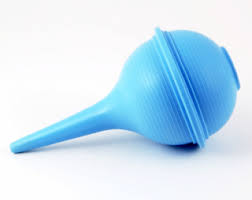 three eyed dog, Mars Rover, is feeling bad too. He can't help his friend and that's very frustrating. What's a dog to do? Mars Rover decides to put on a show. He dances and juggles rings. He tosses the rings onto Little Alien's five ears. Mars Rover even puts on an asteroid belt that sends him into the sky. All of this to make his best buddy feel better. And it works! Soon Little Alien is smiling. Then a different sneeze is heard and someone else is going to need cheering up.


With cold season ramping up and those donated classroom boxes of tissue disappearing quickly, this book is the perfect medicine for a room full of sniffles. Students will quickly make connections to Little Alien and his troubles. They will also be full of suggestions on how to make a best friend feel better. The wordplay would fit well with a unit on space, and you could use Aliens to teach children about problem and solution. Working on compare and contrast with a Venn diagram? Compare Little Alien with a child in your class. A spoonful of Aliens Get the Sniffles Too! is just the cure for your readers.
Posted by Jeff Barger at 12:00 AM No comments:

Dad knows how to disappear. Luna wants to learn how to bring him back.

Luna is super excited about library day. She has all of her things together. Mom drops her off as Dad is waiting inside reading a book. First stop is the big book area where they find a fascinating book of unexplained mysteries. Next, a book about insects, not Dad's favorite, goes into the library bag. How about a book of magic tricks? Dad is really good at magic. He can make coins come from Luna's ears. Luna also notices that Dad "knows how to disappear." Here's where you want to stop reading for a second and see if any students notice what is happening. Use the illustration to see if any young readers can infer that something deeper is going on. Finally, Luna finds a fairy tale that she and Dad can read as they settle in a big comfy chair. In the story, the Troll King and the Mermaid Queen both deeply love their daughter, but can't seem to like each other. In the end, the Troll King hugs his daughter before departing. And Luna hugs her dad before finishing library day and seeing him off.

Expecting a story about loving the library, I was surprised when this became much more. Luna loves library day because she loves books and the library, but also because it's quality time with her Dad. It's a great opportunity for teachers to practice drawing conclusions from the illustrations and working on inferring. This is a sweet, upbeat story about a tough situation. Many students will be able to make a connection and it allows a teacher or counselor to address a difficult topic.
Posted by Jeff Barger at 8:46 PM No comments: