I have created high frequency word lists on my Spelling City site. List 1 is a list of kindergarten words. Lists 2A and 2B are for first grade. Lists 3A, 3B, 3C, and 3D are for second grade. Students can play games and practice spelling these words. Enjoy!
Posted by Jeff Barger at 7:35 AM No comments: Links to this post

Mapping the Nation looks like a valuable resource for teachers and students who want to use different types of data for research. It's an interactive map that puts together "demographic, economic, and education indicators."

Posted by Jeff Barger at 8:36 PM No comments: Links to this post

Posted by Jeff Barger at 5:40 PM 5 comments: Links to this post 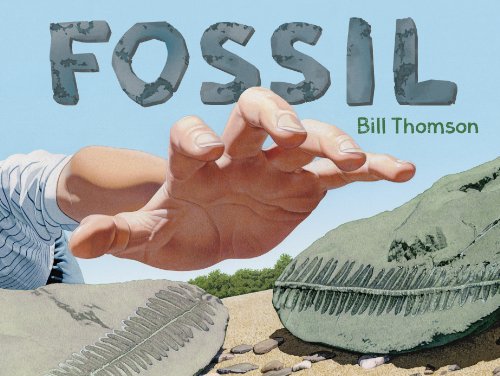 Congratulations to Julie Maloney! She is the winner of our book giveaway. Thanks to everyone who visited and commented!
Posted by Jeff Barger at 11:49 AM No comments: Links to this post Epic Gardening, a site created by Kevin Espiritu, has a lesson for kids about hydroponic gardening. This is a pretty cool lesson. It's also a good opportunity to work on procedural text which involves reading directions. You can download the PDF for free.
Posted by Jeff Barger at 12:00 AM No comments: Links to this post 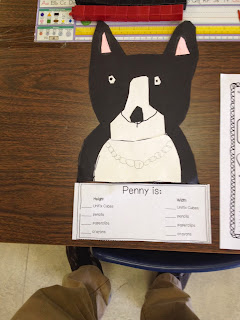 Measuring Penny is a delightful book by Loreen Leedy. In the book, a girl measures her dog and other dogs as she learns about different types of measurement. This activity, from Primary Junction, is very cute. Students use templates to cut out the parts of the dog. Then they can measure the dog's height and width using standard and nonstandard measurements. I created a different data sheet so students could measure in inches and centimeters.

Posted by Jeff Barger at 10:40 PM No comments: Links to this post

*** Leave a comment in the comments section and you will be eligible to win a copy of Fossil! I'll announce the winner by Saturday, 11/17.

A boy wearing a baseball cap walks along a shoreline. His dog sniffs out a rock and he picks it up. Something interesting is on the underside of the rock. Tripping over a limb, the boy accidentally throws the rock in the air. The rock lands on a larger rock and breaks apart. What is revealed is an imprint of a fern from long ago. In front of the boy's eyes, an actual fern appears. His dog sniffs out another rock. The boy breaks open this rock and sees the imprint of a dragonfly. Suddenly, he is buzzed by a dragonfly. His dog gives chase and this leads to an even larger rock. With his curiosity at an all time high, why wouldn't the boy open this rock too? Third time is a charm, right? In this case, it's trouble. The fossil is of a claw that belongs to a pteranodon. As the prehistoric creature tracks the boy, the dog decides to hop on its back for a ride. Now the boy has to figure out how to get his dog back and get rid of the pteranodon.

Chalk, Bill Thomson's 2010 wordless treasure, is one of my favorite books that I have blogged about during the 4 year history of NC Teacher Stuff. Many other bloggers had a similar affection for the book, so the pressure was on for Thomson with this second book in a planned wordless trilogy. Fossil does not disappoint. The illustrations are magnificent. They are not computer generated, but hand drawn. You can check out several of them right here. I recently finished a unit in my classroom on how to use illustrations to draw meaning from the text. Fossil would be a great mentor text in this regard. Wordless texts also make the reader think a little differently, which is a good thing. Students have to work harder to gain meaning since they can't use words. Other ideas on how to use Fossil are available in a classroom guide and a kid's activity guide.

If you want a good lesson on how writers come up with story ideas, check out Bill's blog post about the inspiration for Fossil. See the video below for a cute review by several kids.

The Cat in the Hat meets Dick and Sally by a giant gum tree. He wants to teach them about how plants start as seeds. First, he explains that plants are used to produce many items such as clothing, food, medicine, and paper. Next, he uses the bean seed to show his two friends how plants begin. Three charts featuring the embryo, the cotyledon (provides food for the embryo), and the seed coat. Yes, the word cotyledon is used. With the Read to Me feature, this Cat does not talk down to learners but lifts them up to higher learning levels. After watering the seed, the trio explores the shoot system of a plant by going underground to view the roots. They learn what the roots do and how they benefit a plant. The stem and leaves get the same detailed treatment. Photosynthesis is one of the processes explored in this part of the book. The Cat starts with how leaves take in carbon dioxide through a stoma. A great diagram with labels shows how sunlight and water combine with the air to create food and produce oxygen. Thing Two displays another detailed diagram that shows how pollen helps produce seeds. If you are using this app with young learners, you will have to guide them through this part because it is pretty high level information involving fertilization. This tour of plants ends with a discussion of how seeds can travel. Bur and dandelion seeds are featured. The Cat leaves the scene by exiting on a giant beanstalk.

Like other apps in The Cat in the Hat Learning Library, you are receiving a thorough treatment of the subject. I'm really impressed by the detailed lesson in this app. It's not something that you should just hand to a young reader for independent use. They will need some help with the concepts. You could hand it to a struggling middle school reader who needs to know about photosynthesis and plant fertilization. I would recommend a headset and privacy so they don't feel stigmatized. This is a terrific app you could use for a unit on plants.

Posted by Jeff Barger at 8:06 PM 3 comments: Links to this post

Mysteries of the Komodo Dragon

One of the baddest animals on the planet is the Komodo dragon. It can weigh over 200 pounds and can grow to over 10 feet. In the wild, you will find Komodo dragons on five Lesser Sunda Islands of Indonesia. Marty Crump documents the efforts, over the last several decades, to study Komodo dragons and save them from extinction. In 1969, Dr. Walter Auffenberg proposed to his family of five that they move to Komodo Island so they could study this unique animal. While most families at that time would have opted for catching an episode of Mutual of Omaha's Wild Kingdom instead, the Auffenbergs took up the task with enthusiam. With the help of his oldest son Kurt and aide Putra Sastrawan, Dr. Auffenberg trapped dragons and tagged them to study their roaming and eating habits. He learned about the deadly bacteria contained in the saliva of the dragon which infected animals who died from the bite. Since the dragons could smell dead animals from 7 miles out, they could find the carcass and have dinner. Fast forward over 20 years later and Terry Fredeking, a president of a biotechnology company, decides to study the Komodo dragon to find out if the dragon had a substance that protected them from their own bacteria. If such substance could be found, it could be used in antibiotics.

There are some surprising twists in this book including the playfulness of some Komodo dragons. Older students who are studying animals will enjoy reading the information collected by the author. The process used by these scientists is also a good example for students to follow as well. If you have a grade 3-5 reader who likes to read about carnivorous animals, this would be a good book to recommend.

Posted by Jeff Barger at 12:00 AM No comments: Links to this post